Some simple things... Politics, you gotta love it! 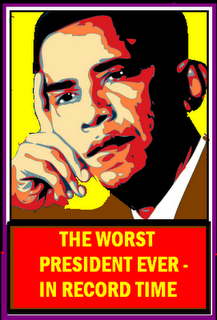 And that’s just the tip of the iceberg.

Are we having fun yet?!
Posted by ttueoop at 12:36 No comments: Links to this post

A citizen's comments regarding Illegal Immigration in the U.S.A.

A citizen’s comments in response to a report on “The Blaze” entitled: Obama Admin Will Circumvent Congress With New Illegal Immigration Rule

Listed below are several of the arguments that have been used by misguided people to try and justify illegal immigration. Next to each is the reason why that argument has no merit.

2) They do work Americans won’t do - Not true. They do work Americans won’t do for $7 an hour (especially if Americans can collect welfare and unemployment instead). Of course, if you got rid of the illegals, the jobs wouldn’t pay $7 an hour. The people who wanted the work done would have to pay a wage that was attractive enough to get Americans to do the work. And it might even be enough to get Americans off the unemployment and welfare dole and back into the taxpaying workforce!

3) We benefit from all that “cheap” labor - This is nonsense. The only people who benefit from the cheap labor are the unscrupulous people who hire illegal immigrants. Taxpayers are left holding the bag. Ultimately, it is they who must pay to support all the Americans who have been put out of work by illegals and must also provide billions of dollars in services and benefits to the illegals themselves.

4) They are just trying to make better lives - Aren’t we all? The difference is that most of us understand that we DO NOT have a right to acquire by illegal means those things that we find difficult to acquire by legal means. And we certainly don’t have the right to do it in a foreign country.

6) Immigration control is racist / xenophobic - This is just another play of the race card by people who have no other cards to play. Immigration control is the world-wide status quo. There is nothing racist about it. Furthermore, the USA welcomes LEGAL immigrants of all races and ethnicities from all over the world who have gone through the legal immigration process. This is not just a bad argument, it is an attempt to create racial hatred and division.

8) They are people. We must treat them humanely - Yes & yes. But lets not pretend like they are victims who were dragged here kicking and screaming against their will. Nothing could be further from the truth. They came of their own free will and for their own benefit and they broke the law to do it. People should not be rewarded for breaking laws and committing crimes. Sending them home is the right thing to do. There is nothing “draconian” or “mean-spirited” about it.

9) It is wrong to break up families- Yes. Unfortunately, families are often broken up by criminal activity. If you don’t believe it, just drop by any prison or jail on visiting day. We can’t keep families together if some family members choose to participate in criminal activity.

10) They work & contribute to our society - So do I. And if I break the law and commit crimes, I can expect to pay a penalty of some kind. Anything from a small fine to the death penalty. I do not receive a reward. Why should we treat foreign criminals better than our own citizens?